Why do I keep thinking about Pokemon while playing EarthBound ? (One shot)

I know, my title can seems... Cheap. But, here is the thing.

I can't help but think about Pokemon while playing EarthBound (I will use Mother from now on, cause I will talk about the the series in general). After all both are probably the moss popular JRPGs out there that are not set in a completely fictional universe. By that, I mean their world kind of is realistic. The Mother series, except maybe the last one, acts like a satire of the economic bubble of the 80's. While Pokemon acts like a Japan living in an ecological world where tradition and technology make one with nature. With fantastic creatures nonetheless.

It is hard to miss, but both are indeed "modern". Both worlds feature cars, bicycles, computers, phones, etc. You can see the picture here. So, in short, Mother is a parody of JRPG and of our modern time, while Pokemon is a fantasy situated in it. 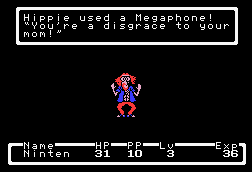 In fact, those similarities probably are not randoms. You could check this video or this ResetEra topic to learn more on the subject. To keep it short, Ape Inc., one of the studio which developed the firsts two Mother, also helped with the firsts Pokemon. The studio changed its name to CreaturesTM, which possesses now 1/3 of the series. So, it is known that some people who worked on Mother also worked on Pokemon. To what extent ? This seems hard to determine and the similarities could very well be just accidental.

But, I am not here to discuss about those facts. In reality, I'm just curious to understand what makes those two JRPGs so unique to me. Even if I, in fact, don't really care for Pokemon. Cause, you see, there is a distinct sens of adventure in Mother and Pokemon that I never experienced the same way in any other games. Here, I would like to pinpoint what in Mother 2 gave me this feeling.

This can't really be said anymore, but Mother 2 and Pokemon were the only JRPGs that I can think of where random battle weren't completely random... This is nothing extraordinary, but the fact that you can pinpoint from where monsters came from, from sprites or grass, really helped the immersion.

Well... This doesn't keep Mother 2 from being god damn annoying with those sprites Love anti-piracy measures. But knowing from where the monsters will pop out really is a good way to sens the danger.

But, what mainly brought me to connect the dots was the seamless transition between towns and roads. Adios, World Map !

Well, again, this is nothing new nowadays. There is many JRPGs out there that ditched this world map stereotype of the genre. For quick examples, Trails in the Sky and the Tales of series since Graces. Even if they are newer, I think they did not impact me the same way because they are not seamless. And, the level design of those "routes" is nothing to write home about. Most of the time, they just feel like spaces between towns and dungeons, the same impression that I get from the world map.

But, in Mother 2 and Pokemon those are not simply spaces to feel the void. They are a part of the world, of the exploration and of the adventure. Each roads of Pokemon are well known to a fan. The same could be said to each part of the world of Mother 2.

In fact, here it is. What makes those two games so similar : each parts of their world are singular. Except some dungeon of Mother 2. Hell the Stonehenge base.

This singularity precisely is what makes those two series collide in my head. Personally, I find that most JRPGs before Xenoblade are a pain in the ass to explore, even Final Fantasy XII. Yet, Final Fantasy as a series is full of original locations. Everyone got their own personal favourite. But, the world map, the lack of seamless transition and those freaking' random battles always were for me a turn off. 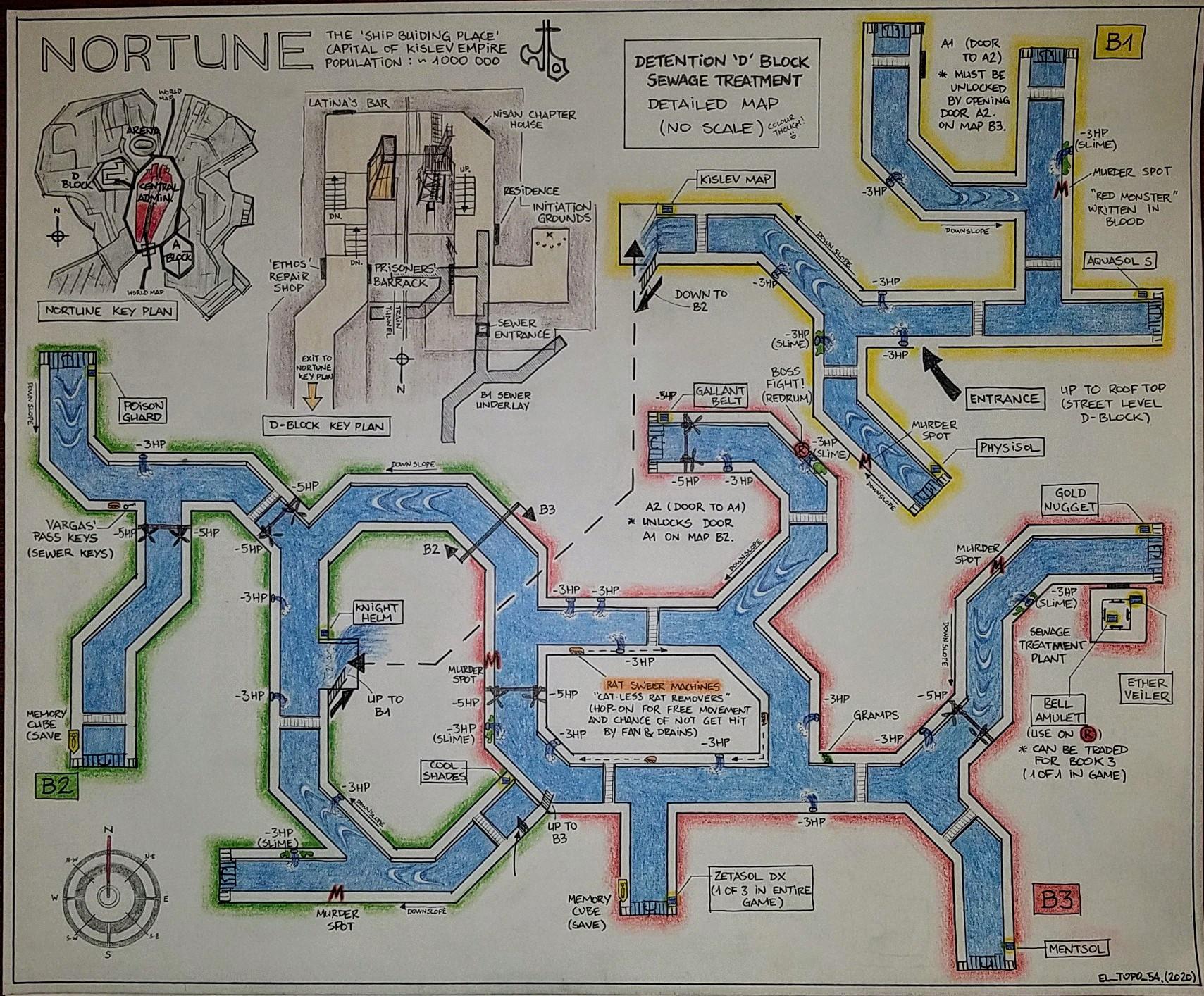 For those who know... I'm still hesitante to replay the game because of this place.

The world exists without you

And so, Mother 2 and Pokemon are quite unique in their approach to level design in general. Nothing really special, but their simple construction make it easy to create a mental map of the world in general. Kind of a reappropriation of the world inside our own mind. This, I think, precisely help building a lively fictional place, even if it isn't.

I could also talk about how Pokemon makes you interact with its environment, but it is not the point here.

And so, here comes the world building.

Something really interesting from the JRPGs of the SNES era, is the way they approached world building and narration. The limitations of the console made it difficult to put many animations and dialogues in the games. So the developers needed to keep being creative in doing more with less. Because of that, the level design, the staging and the diversity of those were quite important. There really was an effort to make each moment memorable.

The other consequence I think, was that the protagonists were mostly bland and didn't have much time to develop their personality. In fact, most characters of Mother 2 don't even speak more than 10 lines ! Poo is impressive not for who he is, but, in part, for his esoteric introduction. Same for Terra in Final Fantasy VI, which impresses me at the orphanage scene. I remember those characters through what they did, not what they said. Cause, well, they didn't have much space to talk anyway. Those characthers are alive because of the plot, or how the scenario evolves through the game and the player actions. 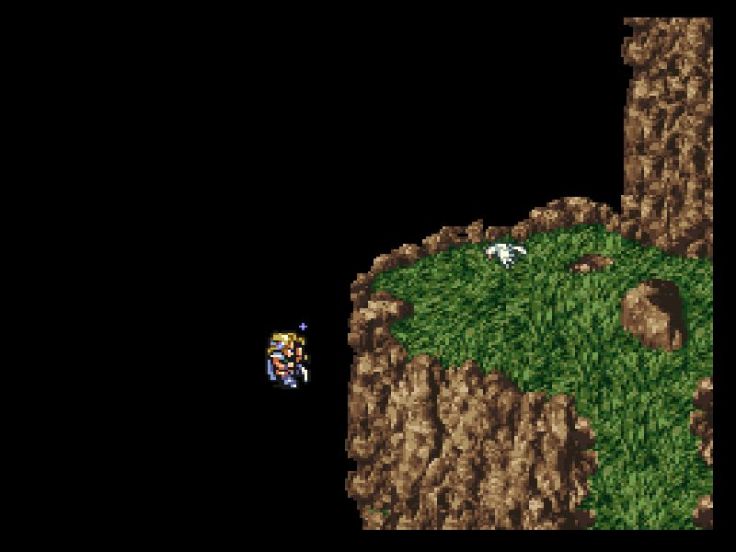 Those games were not scary to try new things, and some, like Final Fantasy IV were even unafraid of killing most of your party. All this to make the characters feel alive, even if they can't talk very much. But, for this to succeed, the world needed to feel like an entire character in itself.

The character in Mother 2 are not "good", I think. What happens to them is. It is from their experiences, and by extension, ours, that we create a connection with them. This, calls back to my other article about the importance of subtlety in writing.

The story, we are our own master of how we interpret it and what we do with it. Maybe this comes principally from technical limitations, but I still think these limitations have forced many developers to experiment and think about new ideas on how to create a compelling story. Shigesato Itoi really wasn't afraid to try new things. If we had encounter Poo, instead of controlling him and meditating as him, never would he had been outstanding. Sadly, Paula is the only party member we do not control, just as Kumatora in Mother 3. Kind of weird. But the point here is that those stories are in fact not focused on the characters, like we see most of the time nowadays. Like Pokemon, the focus was the adventure with a capital A.

Well... Many other games still do this nowadays, but they seem more afraid of trying to make their characters live original events. Those seems more narcissistic, in the sens that the focus is on those characters and not the world and their place in it. So, yeah, of course, those recent games got more interesting npcs in most cases. But, what happen to our party always feel the same. A subtle difference you could say. I'm not too convince myself of those arguments... But still, this was how a I saw Mother 2.

What an adventure it was.